The opioid addiction crisis in the US is currently at a level where more than 90 Americans die on average from an overdose each day. The National Institute on Drug Abuse has reported that at least 2 million Americans suffer from opioid addiction, which accounts for the alarming overdose death rate.

Researchers from the Centers for Disease Control and Prevention (CDC) attribute the record spike in overdose deaths to the riskier use and more frequent use borne of the isolation and social distancing restrictions of the pandemic. Earlier data, however, shows that apart from the factors added by the pandemic, opioid addiction in the US has shown no significant decrease from 2019 to 2022.

With no clear cut solution to counter the highly addictive nature of opioids, some specialists are suggesting the use of radical methods to fast-track the rejection of opioid use, such as precipitated withdrawal through detox.

What is Precipitated Withdrawal? Precipitated withdrawal, while also done in the detox phase, will cause the withdrawals to come in sooner than they normally would. For all intents and purposes, someone going through precipitated withdrawal could still have the drugs in his or her system, but they would already feel what a person would feel in the period that the drugs have already been flushed out of their system.

Certain medications, such as naloxone, which is an opioid antagonist, or buprenorphine, which is a partial agonist, are highly likely to induce the symptoms of a precipitated withdrawal.

Clinical observation has proven that people who take high doses of opioids are more likely to experience a precipitated withdrawal. This is because an opioid habit also quickly builds tolerance, making the person take even more opioids just to get a high, and therefore have more of it in their system at a given time.

There are certain long-acting opioids that tend to stay in the system far longer than most types. These types practically guarantee a precipitated withdrawal when medication-assisted treatment is done on the person.

Period of last opioid use

The tendency is that the shorter the abstinence period of the user, or the shorter the time it is from the last time they used, the greater likelihood of a precipitated withdrawal. This is because there is a high likelihood that there is still a high amount of opioids still in the system when medication-assisted treatment is done.

How Long is the Precipitated Withdrawal Duration?

Many would expect the symptoms to fade away as quickly as they came, considering that many say the symptoms of a precipitated withdrawal occurs in just a short period after administration of the medication. The symptoms, however, could last anywhere from a few hours to even several days, which is described to be quite agonizing, although no more so than the typical withdrawal symptoms that come in without medication-assisted treatment.

There are also some factors that could affect the duration of the symptoms of a precipitated withdrawal, including:

An opioid user’s behavior and habits while using opioids will be a huge contributing factor to the length of time they would experience the symptoms of precipitated withdrawal. This includes the opioid type they used, the quantity or dosage, and the presidio when they last took it.

While it might be expected that people who use opioids are not exactly in the best of health due to the habit, different people also have different tolerances and thresholds, even for the onset and duration of the withdrawal symptoms. People who have been using opioids for quite some time, and in high doses, however, tend to get the worst of it.

Health could also play a part in slowing down or speeding up a person’s metabolic rate. Symptoms tend to last longer in people who have shown a slower metabolic rate, as their body processes substances slower than others. 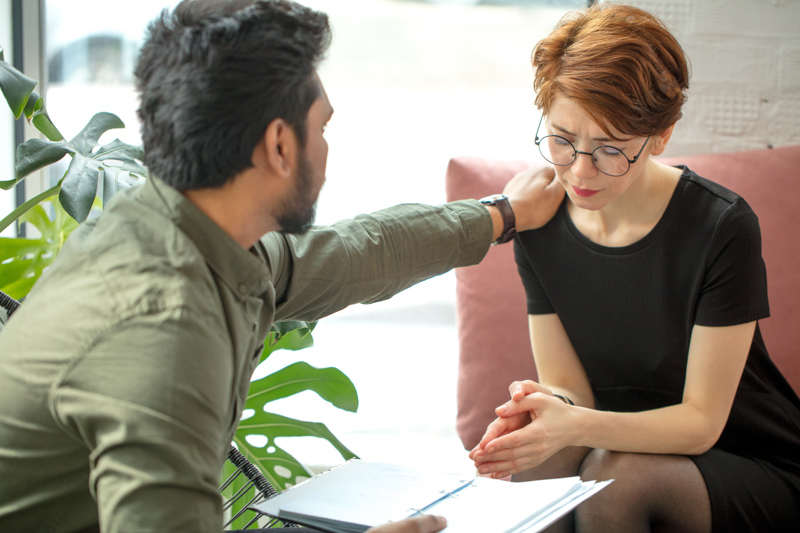 In other words, it all boils down to exact and precise timing of administering the medication. Unless the person with the prescription drug abuse is in danger of an overdose, detox specialists usually subscribe to prudent timing before giving the patient these medications.

Medications such as buprenorphine and naloxone can be used in combination with Suboxone to minimize and even stamp out opioid withdrawal symptoms, all while gradually decreasing compulsions and cravings for opioids. These medications, however, are quite potent on their own, and come with their own set of side effects and complications if not used properly and in the right quantity.

The FDA has suggested that after the oral medication has completely dissolved in the mouth, it would be best to thoroughly rinse and gargle with water to remove any residue that might still be in the mouth.

How Do These Medications Work?

Opioids are particularly effective and addictive because humans already have opioid receptors in the nervous system. The effect of opioids goes straight to the central nervous systems thanks to these receptors, which is why opioids provide such a potent high.

The medications used in medication-assisted treatment are opioid antagonists, which block the receptors from receiving opioids. This effect is quite fast, which is why the effects of precipitated withdrawal are likened to a shock to the system. Rather than acclimate the body to the absence of opioids, which is what happens in a natural withdrawal, the blockage of the opioid receptors fast tracks the entire detox process.

What are the Symptoms of Precipitated Withdrawal?

The more common symptoms brought on by precipitated withdrawal include:

In many instances, people with a predisposition to suffer from bouts of anxiety and agitation often experience a more severe episode of it due to precipitated withdrawal, which is why some need to be sedated so as to minimize further injury and harm.

Dehydration is a primary concern for many undergoing precipitated withdrawal because of the severity of vomiting and diarrhea. Patients are typically given IV fluids and their vitals are constantly monitored for sudden crashes. The incidents of nausea that come with precipitated withdrawal also tend to be so severe that anti-nausea medication is also administered when necessary.

More than just the severe discomfort, patients are constantly asked what they feel and are often asked to describe the sensation or feeling so as to also gauge their cognizance. This is important as mental functions also drop sharply due to dehydration, with confusion and weakness being the first signs of the condition becoming dangerously severe.

If untreated, the dehydration could lead to a coma, organ failure, and death shortly after. Precipitated withdrawal in itself is typically not life threatening. The danger comes in when the patient has a tendency to react adversely and more severely to some symptoms, if they have a pre-existing condition that could be made worse by the symptoms, or if the more severe symptoms, such as dehydration, are not addressed properly and promptly.

With the symptoms properly addressed and the condition of the patient monitored throughout the precipitated withdrawal period, there should be no worries about the possibility of a life-threatening crisis. The severity and progression of the symptoms of precipitated withdrawal are not typically debilitating, as there are many who are actually able to ask for alternative medications to ease what they are going through.

Patients are advised to immediately inform someone should their withdrawal symptoms reach a stage where it becomes quite unbearable or alarmingly severe so that they may undergo monitoring and a possible change in prescription. Please give us a call for assistance.